Maybe, spread the fragrance of flowers
and taste their honey like butterflies.

I would love to fly like birds
high, in the sky.

But what I really, truly want
is to help people in my life.

And that is my only dream.

Once there was a big school in a village called M S Memorial School. Among the many students that studied in it was a boy called Ayub of Std IX. Ayub was a poor orphan. He was honest, clever and always scored well in his exams.

Outside the school, a lady named Bhawna sold fruit juice to the children. Every child rushed after school to buy a cool glass of juice from her. Only Ayub didn’t. He didn’t have the money to spend on such things.

Bhawna always noticed Ayub, standing and watching the children who enjoyed the juice. One day, Bhawna called out to Ayub and asked him why he never bought any juice from her.

Ayub looked down and whispered slowly “I don’t have the money.” He didn’t wait for what she had to say next and returned home.

Next day, after school, Ayub as usual watched the children drinking their juice. Just then, Bhawna called him and asked him, “Do you want some juice?” Ayub replied, “I do but I don’t have the money to pay you.” Bhawna, of course, knew that. She smiled and said, “No problem, I don’t want any money from you. You can pay me back whenever you want.” Ayub was surprised. No one had ever been so kind to him before. He said, “Thank you, aunty. I’ll surely pay you back when I grow up and start earning money.”

Bhawna nodded and gave Ayub a glass of juice. He drank it happily and went home.

After some days, Ayub’s exams began. He worked hard, was ranked first in his batch and was promoted to Std X.

Throughout his life, Ayub continued to work hard and succeed in all that he did. Soon, he became a very rich businessman. One day, Ayub returned to his old school in his car.

The Principal and teachers, all gathered around to see who had come. Ayub got out of his car and saw Bhawna in her usual spot, giving juice to children. She had grown old and thin but had the same smile.

Ayub walked towards her and said, “My dearest aunty, this is the amount that I promised to return to you 15 years ago. I never forgot you or your kindness.”

Bhawna was shocked. She had forgotten all about Ayub. She hadn’t expected him to return the money. She just wanted to make him happy and have some juice like the other children. She said, “I’ve not met anyone who would remember a promise made 15 years ago and fulfill it.” She began to cry and so did Ayub. He wiped his tears and returned home.

Ayub knew that Bhawna was still poor and struggling. After three days, he visited Bhawna again. This time, he gave her a large amount of money which helped her live happily throughout her life.

Al Salam is an English medium Islamic school which aims to impart secular education in an Islamic environment. Islamic principles and teachings are integral parts of school curriculum. As an Al Salam student, the child first learns to love his creator Allah Subhan wa Ta’ala before he learns math, science or social studies. 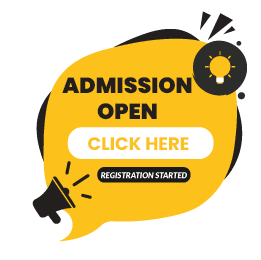